Leopard geckos are widely considered one of the best species for novice reptile keepers. And once you start thinking about all of the traits these lizards exhibit, it’s easy to see why this is the case.

For starters, they remain pretty small, making housing fairly easy. They’re also generally tame, they’re easy to feed, and they tend to be able to withstand a lot of the mistakes fledgling keepers make while learning the dos and don’ts of reptile husbandry.

However, even though these lizards are pretty easy to maintain, beginning keepers will still need to learn a few important skills. This includes things like “gut-loading” feeder insects, establishing a suitable thermal gradient, and learning the most effective and efficient way to keep a leopard gecko’s enclosure clean.

But there’s at least one other thing that new keepers must learn about: brumation. We’ll dive into the subject of leopard gecko brumation below, and explain what it is, whether or not it is necessary, and how to carry it out for your pet. Then, we’ll conclude by sharing a few helpful tips and tricks to ensure your gecko’s brumation goes smoothly.

Brumation refers to the dormant period many reptiles experience during periods of low temperatures – usually during the winter. It is essentially the reptilian equivalent of hibernation, but it differs in a few key respects.

For example, true hibernation (and it bears mentioning that mammalian hibernation and dormancy behaviors vary wildly for different species) usually involves a drastic reduction in metabolism and alertness. True hibernators are usually impossible to rouse from a sleeping state and they often exhibit substantial biological changes during the time. Simply put, when a hibernating mammal starts to feel the winter chill, it’ll go to sleep and remain more-or-less unconscious for several weeks or months.

Conversely, brumating reptiles don’t exhibit such a drastic drop in metabolic rate – after all, their metabolic rates normally track with the ambient temperatures anyway. Additionally, they may even become active for brief periods while brumating. They may, for example, take advantage of warm days to bask, drink water or eat.

Nevertheless, and despite these differences, you can generally think of brumation as a hibernation-like activity.

Do Leopard Geckos Need to Brumate?

In the vast majority of cases, brumation should be considered optional, rather than mandatory. Most leopard geckos will remain healthy and happy when maintained at relatively warm temperatures for their entire lives (aside from a normal temperature drop that occurs each night).

However, keepers who intend to breed their leopard geckos often use brumation to help prepare and synchronize their lizards’ bodies. It isn’t always necessary to do so – many leopard gecko breeders have success without implementing a brumation period at all. However, it is usually helpful and most breeders likely employ at least a brief brumation period.

Additionally, in very rare cases, a given leopard gecko may simply feel the need to brumate. In such cases, the lizard will generally start acting slightly sluggish and refusing food as the days shorten and nights grow longer. In these very rare cases, the keeper may simply have no choice but to provide a “winter” period for their pet.

Brumation isn’t something to try haphazardly. You’ll need to reduce the enclosure temperatures for your pet, as well as his daily photoperiod. This may cause stress and illness if not executed properly, so be sure that you set yourself up for success by learning the proper way to establish a brumation period.

Typical brumation temperatures are far too low for a leopard gecko to properly digest his food. This means that if he still has a cricket or two working their way through his digestive tract when the temperatures fall, the food could rot before he can digest it. This will likely lead your pet to vomit, but it may also cause serious, lasting illness.

Accordingly, it is imperative that you empty your pet’s digestive tract completely before you begin altering the enclosure temperatures. Most experienced leopard gecko keepers do so by withholding food for 7 to 14 days before the onset of brumation. Typically, this will allow enough time for your lizard to completely digest any food in his system. Some keepers even give their leopard geckos a brief warm bath before brumation to help ensure total evacuation of the intestinal tract.

This illustrates one of the other important things to remember when preparing to brumate your leopard gecko: You should only brumate leopard geckos who are in tip-top health and have generous fat reserves to help them survive several weeks or months without food. So, make sure your gecko’s tail is plump and the fat pads on his head look nice and full.

Once you’re sure your lizard’s digestive tract is empty and that he’s in good health, you can start the brumation process.

Different breeders initiate the brumation period at different times. However, most likely start sometime between late October and early December. Nevertheless, you can (theoretically) decide to brumate your lizards at any time during the year – provided you can provide suitable brumation temperatures. Most keepers simply find it easiest to do so during the late fall or early winter.

Once your lizard has fasted long enough to empty his digestive tract and you’re ready to begin brumation, start gradually reducing the temperatures and shortening the photoperiod (making the days shorter and nights longer) by altering any lights used in the enclosure.

You’ll eventually want to provide temperatures in the low- to high-60s. You needn’t go much cooler than this (and shouldn’t, as it represents an unnecessary risk), but you want to make sure that the temperatures don’t climb into the 70s. Doing so could cause your pet’s metabolic rate to proceed quickly enough that he’ll need food, which will cause him to start eating into his fat stores.

Many keepers cease providing any habitat lights at all during the brumation period, but you can offer a couple of hours of “daylight” if you like. It is also important to note that some keepers like to initiate brumation suddenly, while others do so gradually. Personally, I’ve always preferred a gradual approach, but plenty of keepers have success initiating brumation rather drastically.

While you don’t want to offer food during the brumation period, you should maintain a shallow dish of water for your pets at all times. They may not drink while brumating, but this is clearly a case of “better safe than sorry.”

About one to three months after you’ve started the brumation period, you’ll want to reverse course and start reinstating normal temperatures and a regular photoperiod. As with the initiation of brumation, some keepers like to do so gradually, while others do so at one time.

Your lizard will likely take a week or two to “knock off the cobwebs” and return to his normal self. You can start offering food a day or two after restoring temperatures, but note that some leopard geckos will not start eating for several days following emergence from brumation.

Once your lizard is eating again, appears healthy and has returned to his normal self, you can begin starting your breeding trials.

Brumation isn’t especially difficult, and most experienced keepers go through the process without issue. However, over time, they learn some of the techniques and strategies that help make things go smoothly.

Lacking such experience, beginners are wise to employ the following tips when trying to brumate their leopard geckos: 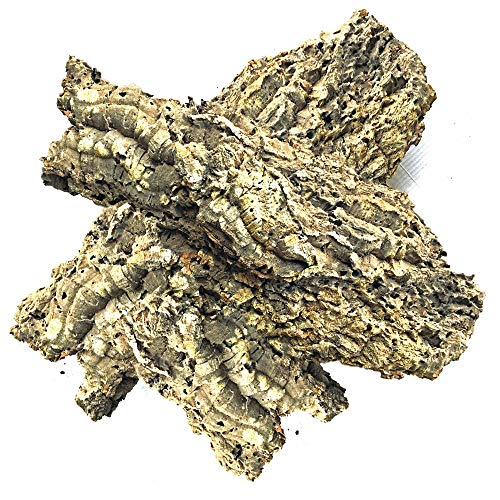 It’s important to remember that you probably won’t have to brumate your pet if you aren’t planning on breeding him or her. Leopard geckos will typically thrive when maintained at constant, “summer-like” conditions for their entire life.

However, it is still something with which keepers should be familiar. That way, if you do decide to breed your leopard geckos, or you have one of the rare individuals who simply seems to want to brumate, then you’ll know what to do.